Changes in communications technology are providing consumers with greater choice and flexibility, but they typically deliver a lesser level of location accuracy when dialing 911 calls than the specific street addresses—also known as civic addresses—that automatically accompany emergency calls from traditional telephony lines, according to panelists at the National Emergency Number Association (NENA) show in Nashville, Tenn.

Public-safety answering points (PSAPs) have received a civic address for 911 calls made from traditional telephony phones for decades, but such location information is becoming less relevant as consumers make fewer calls from such devices. Instead, consumers increasingly are using cellular devices and other alternative technologies when calling from their home or other fixed locations, which means that the PSAP gets only an XY location estimate that typically is less useful to responders, according to Roger Hixson, NENA’s technical issues director.

“There is no precise or pinpoint XY location with 911; there is a really good estimate and there’s a not-so-good estimate,” Hixson said. “Until XY caller location gets much more pinpoint and precise—to use the media’s terms—than it is currently, a well-validated civic address is still the most specific address that you can identify for a 911 call.

“My contention is that many services ought to be installed with a civic address for 911.”

Civic addresses are needed most when a 911 call is being made using a technology that is designed to replace traditional fixed-line telephony service, Hixson said.

“We’re actually losing accuracy because of technology change,” he said. “As an example, I have an XY [coordinate], plus or minus 100 yards, today. That’s actually lessening location accuracy for the caller at the 911 center, because of that technical change, which is … happening largely because of the desire to move from wireline to wireless overall.”

To illustrate his concern, Hixson offered a hypothetical example regarding an elderly woman who is his next-door neighbor, noting the potential 911 impact of a choice she could make to replace her telephony line with a new technology that promises less-expensive service that can be purchased and installed within a matter of hours.

“Tonight, at 3 o’clock in the morning, she has a partial stroke and calls 911,” Hixson said. “If that had happened last night [when she still had a traditional telephony wireline phone], the street address of her home would have come up at the police station.

“Tonight, an XY coordinate that may be plus or minus 50 to 75 meters comes up. I don’t want—in her case or my case—for the police or fire engines to pull up to the head of our street and say, ‘Which of these 10 houses within 50 meters [of the XY coordinate provided by the dispatcher] might that be?’ I want to see her address. So, the bottom line is that, until similar accuracy for XY can be expected, I think the civic address is the preferable piece of information for 911, in terms of dispatchable capabilities.”

Richard Muscat—director of regulatory affairs for Bexar Metro 911 in the Austin, Texas, area—echoed this sentiment. Civic-address location is preferred when 911 calls are made from fixed locations, and standards should be consistent across all technologies, he said.

“If I buy an UMA box or a straight wireless box, why should their 911 location be different?” Muscat said.

NENA plans to establish working groups to consider options and recommend potential standards for fixed-line telephony-replacement technologies, many of which utilize different location approaches, Hixson said. There has not been a “meaningful update” to a review of such technologies in the last 10 years, he said.

“What we have is a widening and variable set of service approaches across different vendors and different types of technology, and it would appear that—in the interest of 911—we need to get that together a little better, in terms of what’s expected and why,” Hixson said. “The question is how to identify what the best path forward would be, given these new variations in service and trying to keep the consistency of location accuracy across these services as they change, from a technological standpoint.”

Whether the location-accuracy issue is addressed via a voluntary industry agreement or FCC regulation does not matter, as long as the matter is resolved as quickly as possible, Hixson said.

“If we need to come to some conclusion among all of those parties about what needs to be done, fine,” he said. “If it gets to the point where we need to make some recommendations to the FCC, that’s fine, too.

Allen Muse, AT&T Mobility’s director of public-safety relations, said the introduction of small cells into carrier networks could provide hope for better 911 location data in the future, although he acknowledged that the solution is not commercially available yet.

“These [small cells] represent not only for carriers to infill for capacity and coverage for small areas—particularly indoors—they also represent an opportunity for public safety, because they cover a small enough footprint that you can often identify the coverage area with an address,” Muse said. “If that’s a dispatchable address—and it very easily can be—then we’re moving back toward getting more of the useful information [about location to the PSAP] than we’ve been able to in the past.” 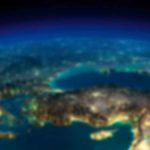 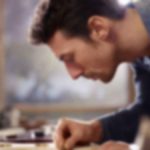 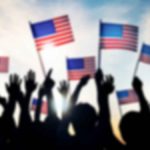 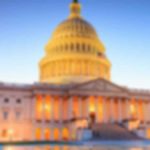 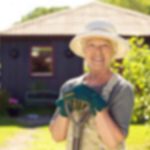 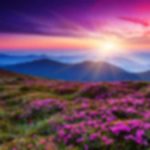 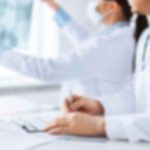